The quirkiest pub in the outback.

THE quirkiest pub in the Outback needs a colourful new custodian.

Known as much for its outlandish traditions and unique features as its remote location, the world-famous Mungerannie Hotel is on the market, as owner Phil Gregurke prepares to embark on a poignant new adventure.

Mr Gregurke, 60, bought the hotel in 2006 and at the time, the retired former Holden worker of 22 years said he was looking for a bit of a change.

“I love it,” Mr Gregurke said. “It’s a licence to drink, a licence to smoke and you’re far enough away from everything – you’ve got to follow some rules, sure, but you can certainly have some fun out here.”

The hotel is about 17 hours’ drive north of Adelaide, at Lot 10, the Birdsville Track. 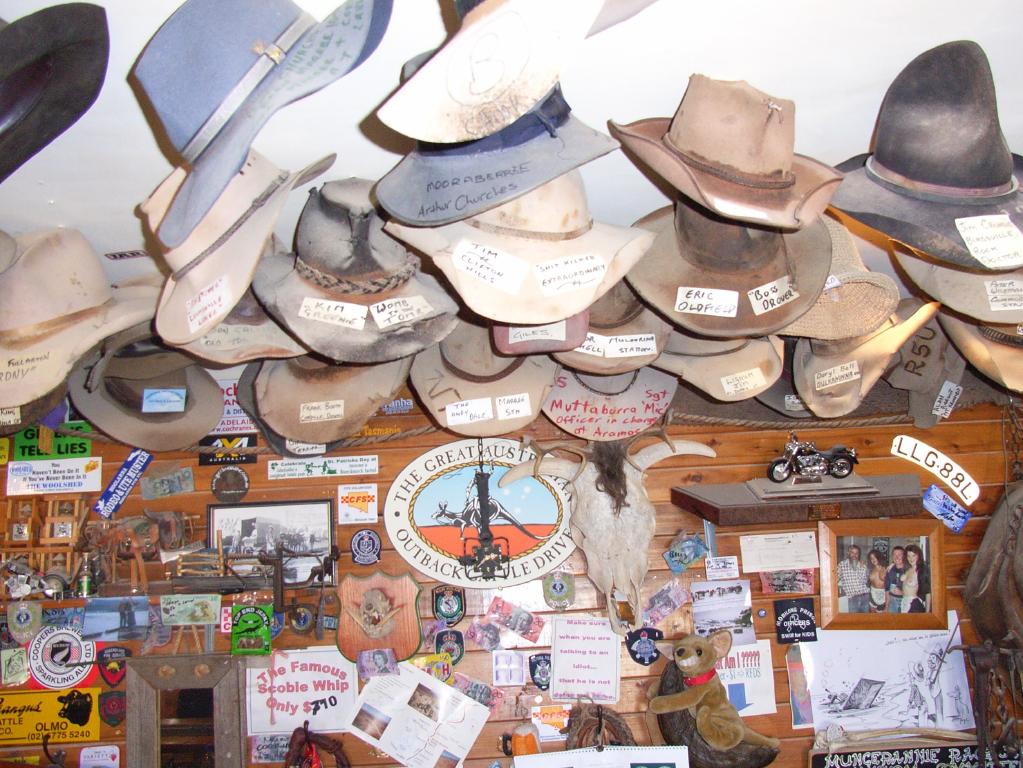 The collection of hats at the Mungerannie Hotel’s front bar.

The 11.2ha property, which is about 202km from Marree and 314km from Birdsville, is the only fuel stop between the towns.

The business and property are on the market for $1.2 million, which includes a pub, dining room, accommodation, camp amenities and campground, a large home, a workshop, a wetland and hot spring.

It also includes a four-hole golf course, but Mr Gregurke says he’d be hesitant to play a round today.

“I wouldn’t go out there – there’d be too many snakes at the moment,” Mr Gregurke said.

Mr Gregurke claimed the pub had attracted about 200,000 visitors last year, and he had entertained them with events like mock weddings, drag shows and yabbie races.

“Everyone who comes through the door is treated equal, and I’ve had a lot of fun with everybody,” Mr Gregurke said.

Some of those visitors had left a rather personal reminder. 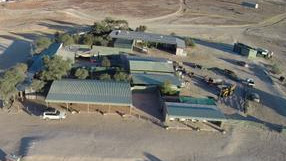 The Mungerannie Hotel sales includes a home, campground and wetland.

“It’s one of those pubs that’s got everything in it – you can spend a whole day walking around and then come back the following day and find new stuff.

“People kept leaving things behind so I started cutting big chunks of hair out of people’s heads and putting little tags on them and hanging them from the ceiling,” Mr Gregurke said.

“Most of the hats in the front bar are from people who have worked on the Birdsville Track.”

Mr Gregurke said the bar’s contents would be included in the sale to maintain its identity.

“There’ll be only a very small amount of stuff taken from the pub, and that’s my own possessions, but everything that was given to the pub or was previously there, that can all stay,” he said.

While Mr Gregurke said he was looking to retire and travel himself, he had another motivation to sell. 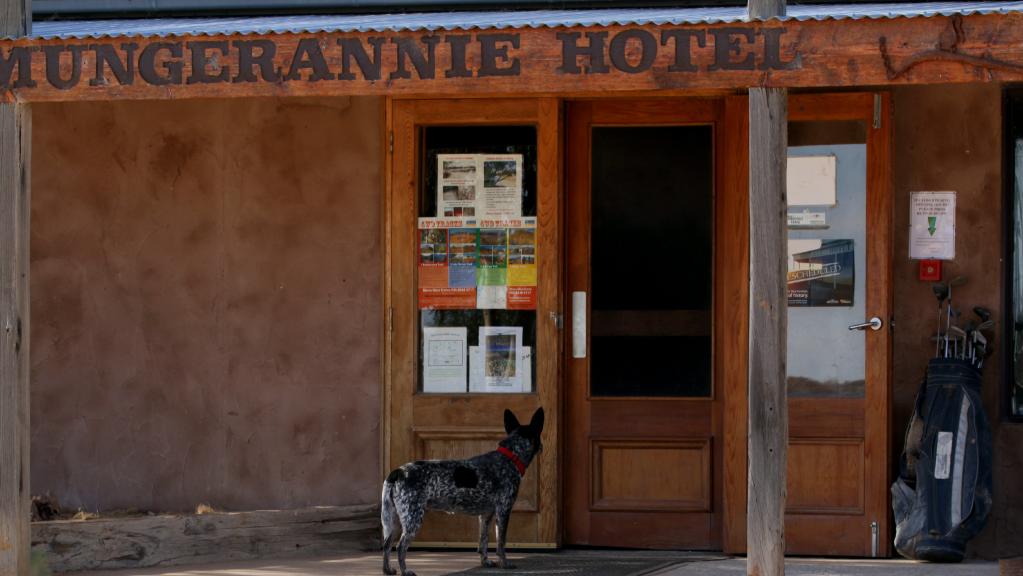 The Mungerannie Hotel, which is about 17 hours’ drive north of Adelaide, on the Birdsville Track.

“I want to travel like everybody else, and two years ago I lost my house in the Sampson Flat fires and I want to go back and rebuild,” Mr Gregurke said.

“That will be my final project before full retirement.”

Ray White Port Augusta principal Darren Sherriff, who is selling the property, said it was a unique offering.

“Most of the area is leasehold, which is a 99-year lease, whereas this particular pub and the camping ground is freehold,” Mr Sherriff said.

He said the new owner would need to be a quirky character who didn’t mind living in the middle of nowhere.

“It’s a unique lifestyle and something that someone with a bit of character would really enjoy,” Mr Sherriff said.

Lot 10 on the Birdsville Track

202km from Maree and 314km from Birdsville